Due to lots of essay pressure I have not been able to complete this weeks theme “The Science of Dating” yet, but will finish it next week. In the meantime, here is this weeks ‘Science Hoax of the Week’ I originally wrote for Felix: 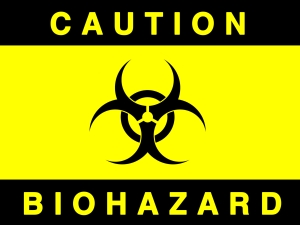 Want to win £100,000 and catch a dangerous disease? Well, a proposed “new reality TV show” advertised just that in its search for contestants.  Asking for individuals who were “Not worried about looking and feeling your worst on live TV?” the show, Quarantine, was to be set in a virology lab with the contestants exposed to infectious diseases. The last contestant remaining in the room would win the money. Published in the Daily Mirror, the advert received over 200 applications. Medical professionals kicked up a fuss condemning the show. However, it was later revealed to be an experiment by the Mirror to see “just how far people will go in the pursuit of fame”.

One thought on “Science Hoax of the Week:Quarantine the Game Show”